This is the Soul Queen of New Orleans. And here are two of her biggest cuts! 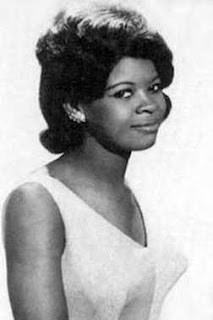 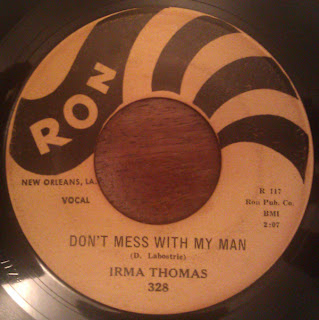 The first, released in 1960 on Ron, came out when Irma was the tender age of 19. But by that time she'd been married twice and had four children! So she could tell you a thing or two about men.  This one hit #22 on the charts and was her first hit. Great sense of humor, swinging beat, screaming horns - "Don't Mess With My Man" has all the makings of a Nola classic. 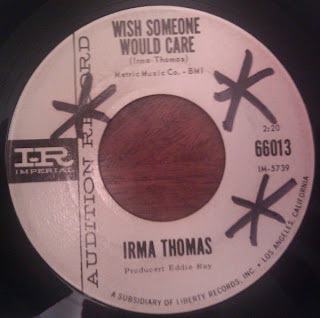 "Wish Someone Would Care" came out in 1964, and was Irma's biggest hit.  It's about a perfect soul tune if you ask me. 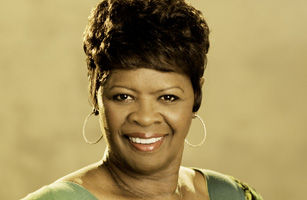 Irma Thomas never got the mainstream success she deserved, but she is still known and adored by music lovers everywhere. 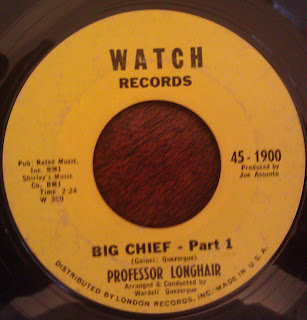 Today it's a real treat - one of my favorite records from New Orleans legend Professor Longhair! 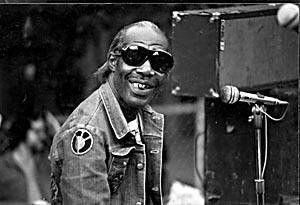 Henry Roeland Byrd AKA Professor Longhair AKA Fess was born in 1918 in Bogalusa, Louisiana. Although he didn't really begin to play music seriously until his 30's, and never had a large repertoire, Fess became a huge figure in New Orleans music. He had a unique style which instantly set him apart from his peers, but he lacked the crossover appeal to become a national star.

Black or white, local or out-of-town, they all had Longhair's music in common. Just that mambo-rhumba boogie thing. —Allen Toussaint
Check out "Tipitina", "Let's Go To The Mardi Gras" and "Bald Head" for more of a feel for this cat's sound.
I don't have much info on Watch Records, but I believe it was run by Earl King and Wardell Quezergue. They recorded a ton of great NOLA artists from that era like Eddie Bo, Tommy Ridgley, Benny Spellman and others. Now listen to this and start strutting!
1 comment:
Email ThisBlogThis!Share to TwitterShare to FacebookShare to Pinterest
Labels: nola, vinyl
Newer Posts Older Posts Home
Subscribe to: Posts (Atom)