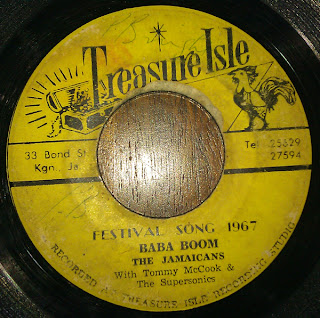 This week it's some Rocksteady bidness from The Jamaicans!  My collection of Rocksteady is almost nonexistent, which is a shame because this music is amazing. Hopefully I can fix that this year.
First starting out as a two man outfit called the Cool Shakes,  the band grew to five members and became The Jamaicans.  After cutting a few singles with Treasure Isle, they entered "Ba Ba Boom" in the '67 Jamaica Independence Festival's song competition and took first place. 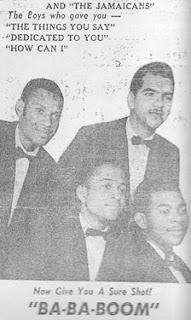 The Jamaicans split in '72 but not before dropping a few more nice bits. Check out "Things You Say You Love" and "Black Girl".

Treasure Isle was a small label run by Arthur "Duke" Reid. The label was named after his family business - a liquor store! Before the label his "Duke Reid's the Trojan" sound system was one of the better known ones on the island. 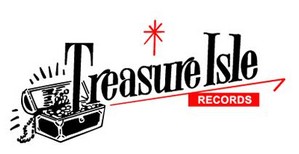 The label released ska and rocksteady tunes in the 60s but the output slowed in the 70's. Duke was never was a big supporter of the roots reggae sound and that limited the growth of the label.  I believe Treasure Isle came to an end when Duke passed away in '75 from cancer.
Now get ready - time to rocksteady!

No comments:
Email ThisBlogThis!Share to TwitterShare to FacebookShare to Pinterest
Labels: rocksteady, vinyl 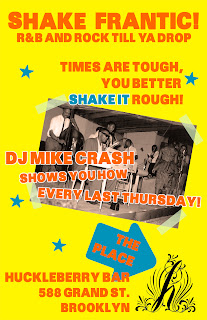 Crash Rules Everything Around Me

New set is up for March, so get it! Crash Rules Everything Around Me by djmikecrash
No comments:
Email ThisBlogThis!Share to TwitterShare to FacebookShare to Pinterest
Labels: djmix 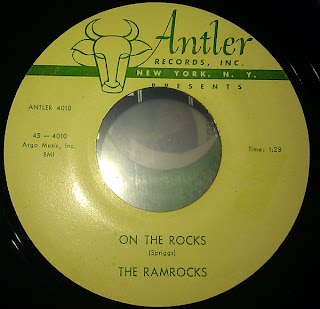 I love these kinda silly, kinda lounge-y, kinda drunken instrumental jams from the late-50s. Middle-aged men at the club, drunkenly leering at the cocktail waitresses.  This one's spiced up with a little latin edge.
Wasn't able to dig up any info on the Ramrocks out there. I was able to find a discography for Antler Records, which suggests they were only active from '59 to '60. I don't see too many names familiar to me in the lineup aside from the Teen Queens. The label indicates they were based out of NYC.  I believe this tune was on one of the wonderful "Las Vegas Grind" comps. 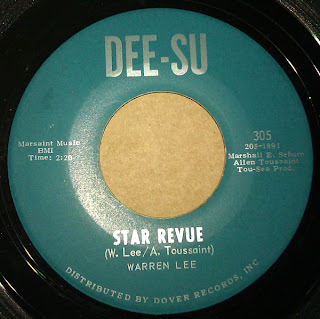 Today I've got a real dancer of an RnB tune. It has all the ingredients - RnB, mid 60s, NOLA, and Toussaint. Unfortunately, Warren Lee never made the big time.  So not only is he underappreciated, but biographical info is scarce. Most of today's info is courtesy the fine folks at the now silenced Funky 16 Corners blog. 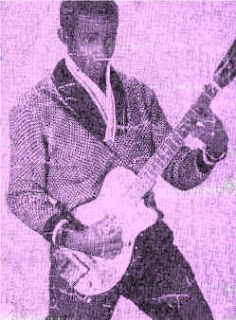 Warren Lee was born in 1938 in Vacherie, LA. His first recorded single was for Ron Records in '61, with ‘Unemployed’ b/w ‘The Uh-Huh’ . Over the next few years he released sides on Soundex, Nola, and Jin. None of these single made it very far.  When this tune landed in '65, it was certainly his best to date.  Having RnB demi-god Toussaint on board didn't hurt.  This tune was good enough to make it outside of the New Orleans market and onto a few compilations.  After a few more releases, Lee moved to the funky side of things, releasing ‘Funky Bell’ on Wand (with The Meters backing him!).

He shows up once more on the Choctaw label in '74 with "Direct From The Ghetto".  That seems to be the last of Warren Lee's recording career.

Info on Deesu is also in short supply.  I believe it was a smaller label, probably from New Orleans, which worked out a P&D with Dover Records. Dover Records Inc was run by  Cosimo Matassa, a well-known studio engineer considered by many to be pivotal in the creation of the "New Orleans Sound". 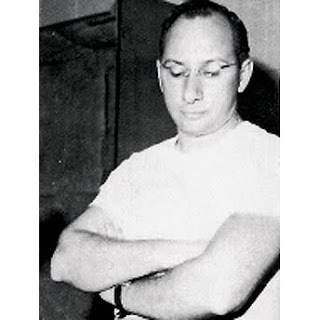 Many small labels working under Dover, including Deesu, Nola, Tailgate, Frisco, White Cliffs, and Eight-Ball, probably went  under when Dover went bankrupt in '68.
So here's a taste of today's tremendous tune.  Of course, if you've ever heard me play I'm sure you've heard this a few times already. 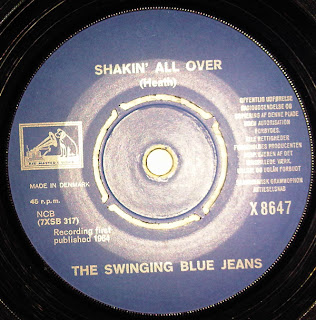 Record rule #432: Songs with "shakin'" in the title have gotta be good.  Today's 45 is from The Swinging Blue Jeans. After a start as a jazz-influenced skiffle group in '57, the band switched over to rock in the early 60's, becoming part of the British Beat movement.  They quickly landed a contract at HMV, and started off strong with "It's Too Late Now, which made the Top 40. You may also know them from '63's "Hippy Hippy Shake". Today's tune is the Danish release of a cover of the Johnny Kidd and the Pirates original (the original hit #1 in the UK in '60). This tune has become a standard and has been covered by everyone and their mother. The Swinging Blue Jeans kicked around for a lot longer, but never really reached the heights of the early 60's again.
His Master's Voice, of HMV or short, was an off-shoot of Gramophone Company. Gramophone Company goes all the way back to the late 19th century, and HMV has been involved in more mergers and takeovers than most.
The label seems to have stopped by the 80s, but it was revivied in '88 for Morrissey's "Viva Hate".
And, the clip: