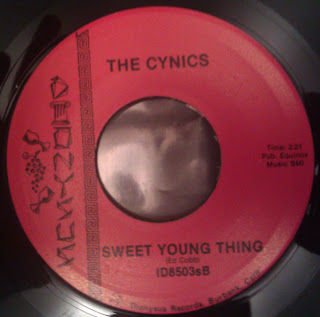 Today it's a mid-80's garage rocker from Pittsburgh! So who are The Cynics?

They formed in '83, with Gregg Kostelich on guitar and Michael Kastelic on vocals the constant driving force over many years and lineup changes.The influence of 60's garage punkers and RnB is definitely apparent in this record, their first outing.

“I was maybe 4 or 5 when I started collecting Garage records, and I’ve been listening to that type of music ever since." - Gregg Kostelich
These guys are still going strong after 25 years, now on Gregg's "Get Hip" label.

Dionysus Records was based out of California and hosted the Cynics first two outings. Interesting, not only was this The Cynics' first release, I believe this was the label's first 45 release. From the label website:
"Dionysus Records was started by me, quite haphazardly and from scratch at the tail end of 1983 because I wanted to release a 45 by my then band Yard Trauma. The label was actually an extension of a cassette-only label run I ran out of the Roads to Moscow record store on Park Ave in my hometown of Tucson, AZ between ‘81 and ‘83. In 1984, I moved to Los Angeles and became pals with Greg and Suzy Shaw at Bomp who helped me to establish the label here in Southern California and distribute the first two albums (by Yard Trauma and Thee Fourgiven) and a couple of singles (by The Cynics.)"
And of course, the clip! 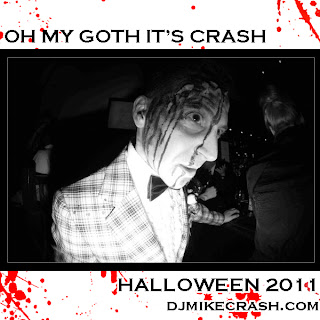 For a limited time only. Something totally different - a bit of a flashback for me to the stuff I listened to in high school. Let's go goth this Halloween!

Oh My Goth It's Mike Crash! by djmikecrash
No comments:
Email ThisBlogThis!Share to TwitterShare to FacebookShare to Pinterest
Labels: djmix 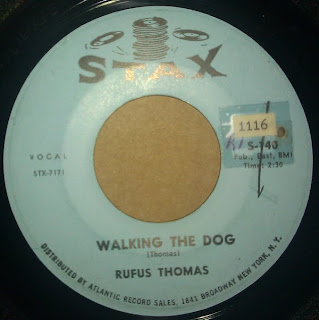 This one's a classic tune on a class label, one that always gets the crowd amped. Let Rufus show you how it's done! 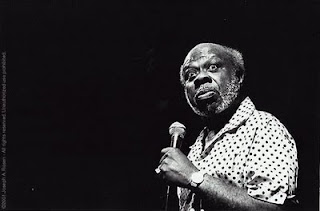 A Memphis native, Rufus was performing early and performed until his death, releasing R&B, Blues, Funk and Soul tunes. He was also a comedian and DJ. Now that's what I call an entertainer!
Today's song was the first big hit for Rufus, hitting #5 R&B and #10 Pop. A song's influence can be gauged by the bands that cover it.  This monster was covered by The Rolling Stones, The Sonics, Aerosmith, Roger Daltrey, Green Day, The Trashmen, and many more.
We've talked about Stax before; great label with tons of hits. It's pretty hard to go wrong with the early catalog if you ask me. 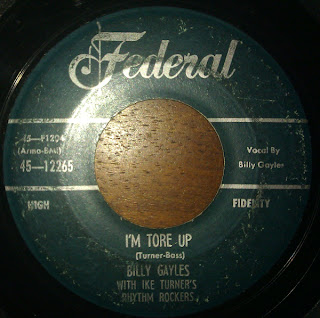 Songs about getting drunk - now that's what I'm talking about! Make it a nice RnB shouter, and you've got a tremendous tune like this one. 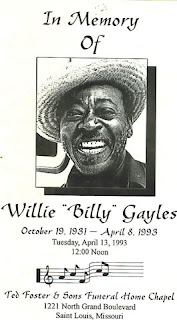 I don't have too much info on Mr. Gayles.  You see on the left, he was born on October 19. 1931 and passed away on April 8, 1993.
A St. Louis native, he was a singer and also played drums. "Tore Up" was his first outting on Federal, but he also released "Let's Call It A Day", "No Coming Back", and "Just One More Time". The last one was in '57. There were a couple of tunes on smaller labels, but I don't see anything after '61. I think today's tune is pretty wild for '56.
You'll note the (in)famous Ike Turner is in on this too, providing the flames for the drunken scorcher.  That dude had a hand in just too much good music!
Have a listen!

September's mix is up, sorry it's a few days late. Now get Rocking! 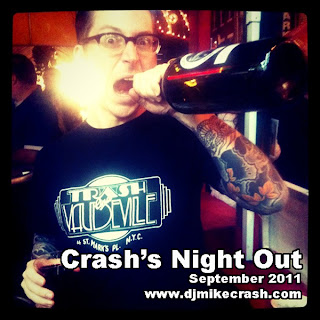