This is tonight people, get into it! 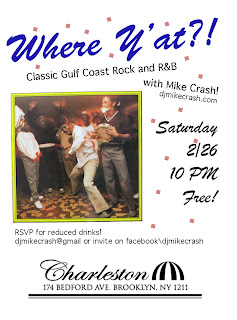 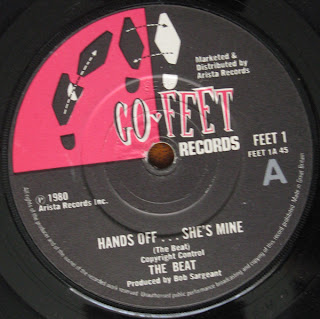 Today it's one of my high school favs - English Beat! Formed in Birmingham, England, in 1978, The English Beat were one of the more popular acts associated with the 80's Ska revival. They launched their career with a  cover of Smokey Robinson's "Tears Of A Clown" on Two Tone records. Note the name of the band was "The Beat" but they were known in the States as "The English Beat" to avoid legal issues with California power pop group "The Beat". 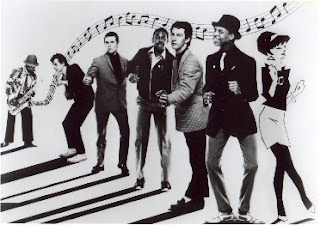 After two successful albums and touring the world with the likes of David Bowie, The Clash, The Police, The Pretenders, R.E.M., The Specials and Talking Heads, English Beat split in 1983.  One of the more notable things to rise out of the ashes was 80's pop group Fine Young Cannibals.  Gotta admit, "Good Thing" was a helluva catchy tune.
Go Feet was a label founded by English Beat, and it was used used to release many of their early recordings.  Today's 45 was actually Feet 01.
From the very informative fan site at here: "The Beat established its own label as an attempt to shield themselves from the many negative aspects of dealing with corporate record labels. In this way, the band was given more creativity to record the music as they wanted as well as to expose bands that the major labels would not take a chance on."

Aside from The Beat, the label featured releases from The Congos, The Mood Elevators, and Pato And Roger. For the most part, the label stopped actively releasing in '83.

And of course, the clip!

No comments:
Email ThisBlogThis!Share to TwitterShare to FacebookShare to Pinterest
Labels: ska, vinyl

I laid down this tune last year, but I never really shared it - so here it is! Just a short, silly thing - a lot like me. 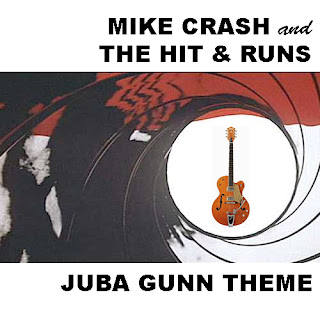 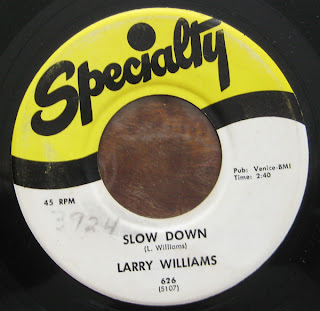 You can't talk about New Orleans RnB/Rock without talking about Mr. Larry Williams.  So lets!
Born in 1935, Larry took to the piano as a youngster.  In his teens, his family relocated to Oakland, CA, but Larry found himself back in New Orleans before too long.  One of his first jobs was working as Lloyd Price's driver. Larry quickly befriended many musicians, playing with the likes of Price, Roy Brown, and Percy Mayfield.  In 1955 he met Little Richard, and was introduced to the cats at Specialty. When Little Richard decided to leave the Rock world for a stint in the minisrty, Larry Williams was quickly prepared by Specialty to follow in Richard's footsteps on the label.  So out came the piano-driven stompers!

"Bony Marone" was his biggest hit, but there were many others - and today's 45 is one.  You may have heard a cover of "Slow Down" by The Beatles, John Lennon in particular was a big fan of Williams. "Slow Down" was also covered by The Jam, Brian May, and The Young Rascals.
Larry Williams always had a connection to the seedier side of things.  He was reputed to have worked as a pimp before making it in music.  And he was arrested for the sale of narcotics in 1960, resulting in jail time.  The drugs and violence continued to follow him throughout his life.  One of the more infamous episodes: 1977 he held a gun to Little Richard's head over a cocaine debt.  Cocaine's a hell of a drug!
On January 7, 1980, Larry Williamswas found dead from a gushot wound to the head in his Los Angeles home - an apparent suicide that has been contested by some.
Specialty Records made a huge contribution to music history with an impressive catalog of releases stretching back to 1946. Tons of RnB, Blues, early Rock, and Gospel came out on Specialty.  The label was run by Art Rupe, known by many as one of the most honest businessmen in the shady world of music. The label seems to have stopped producing records in the early 60s, but I believe many of the early singles were re-released over the years so 45s are abundant.  There are the old 10" records out there though, for those 78RPM heads.
And of course, the clip!

The theme for this month's mix is Fire - download some hot tunes to warm you on a cold Winter night! 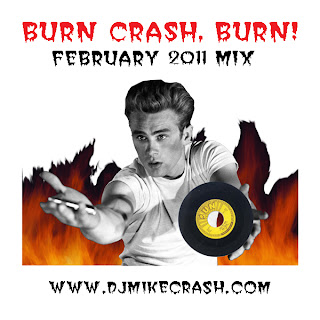 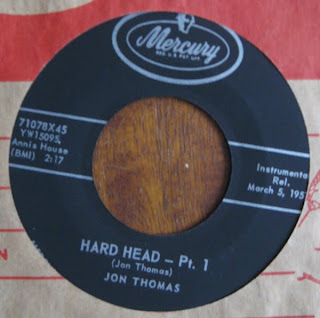 This week I've got a nice piece of wax to grind to - a proper titty-shaker from Jon Thomas. Born February 21, 1918 in Biloxi, Mississippi, his family relocated to Cincinnati in 1921. He got his start beating on chairs to make music as a child, and worked his way up to the piano. From an early age he knew - he wanted to play music for a living. In '55 he put together his first quartet, and in '56 he began popping up on records for local label King.  Shortly after he started releasing his own material on Mercury - at first a few singles and culminating in an album in 1960 with an appearance on Dick Clark's show. After touring around to promote the album, he seems to have slowed down.  The next thing I can find is an ad for a restaurant in Cincinnati in 1978, touting his organ skills as a reason to dine there. 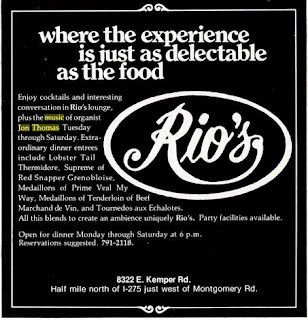 I couldn't find a picture of the man or any further info, so if you have some, please pass it along!
Today's song was probably one of his first singles, and it sounds to me like the perfect accompaniment to a smokey gentleman's club.  This song also has the distinction of one of the longest recorded horn blasts I've heard - that's some serious honkin'!
I don't think we've covered a single from Mercury here before. Founded in Chicago in 1945 by Irving Green, Berle Adams and Arthur Talmadge, Mercury released a ton of jazz, blues, rock, even country.

You may also know them by on of their subsidiary labels: Blue Rock Records, Cumberland Records, EmArcy Records, Fontana Records, Limelight Records, Philips Records, Smash Records and Wing Records. In the 80's, Mercury was folded into PolyGram, and then into some kinda Seagram, Universal, Island, DefJam mashup.  As a larger label with a broad spectrum of sounds released, you'll find music ranging from sublime to shit on Mercury 45s - but you're certain to see them again and again in those dusty bins.
Now, let's listen to the clip and get our strip-tease on!